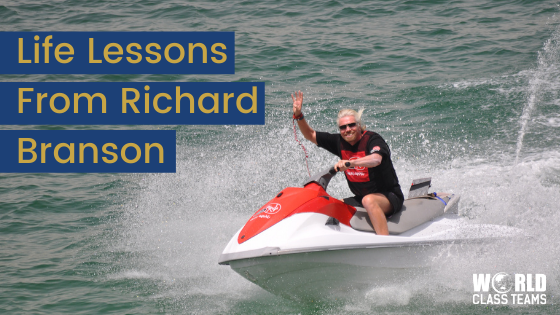 ‘You are the same today as you are going to be in five years from now, except for two things – the people with whom you associate and the books you read.’ Charles James

Imagine if one of the people you associate with is Richard Branson. That is exactly the situation for Richard’s daughter Holly. She is clearly very grateful for having grown up with the influence of her Dad’s beliefs and behaviours. For his 70th birthday, she shared seven life lessons she had learned from him. I found myself liking all seven, but two stood out in particular.

#3 When You Feel You Can’t, Know That You Can

Here’s what Holly wrote ‘Dad has never let fear stop him – in business and in life. I sometimes think it actually pushes him to say yes. Growing up, we would sit around the dinner table, sometimes in disbelief, while Dad talked us through his latest ideas like: “Per and I are attempting to fly a hot air balloon around the world,” or “we’re thinking about driving a tank down Times Square to launch Virgin Cola.”

In 2016, Dad and I embarked on the 2,000 km Strive Challenge to raise funds for Big Change. Dad was by far the oldest team member in the month-long challenge, but when those of us decades his junior would end up in tears, Dad just kept on going. He would get up at 4.30 am and set off hours before everyone else because he didn’t want to hold anyone back. He never once complained and would always smile and support the team. I would keep him company some mornings and those days were the best – just my dad and me. Thank you for that time, Dad, and for teaching me that no matter how challenging a situation is, how exhausted you might be and how much you want to throw in the towel – the human spirit always has that little final burst of grit and determination to get you through.’

It is when we are truly tested that we find out how strong, how resilient, how adaptable we can be. When we dare to ask ‘how can I?’ and ‘what if …?’ we do find another way to try because our focus is forward and determined.  It is rare that we have all the information, it is impossible to be sure we will be successful, but by having the courage to start and that belief that we will find a way …… we usually do! 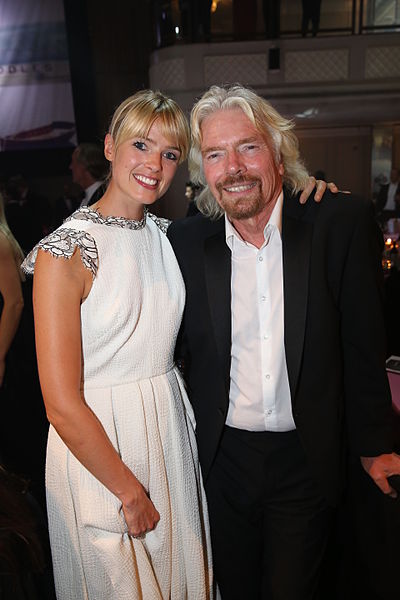 Holly wrote ‘A born practical joker, Dad loves dressing up and acting silly. He approaches situations with a light and humorous touch that is rare in business leaders. Dad has never believed that being ruthless achieves anything. To see the lightness and fun in every situation and bring a human touch to everything he does is as much a part of him as breathing.’

As adults, we often confuse being ‘adult’ and ‘professional’ with being ‘serious’. As leaders, in particular, it is so important that your team see you as professional and with personality, that there is a sense of fun and enjoyment in work not merely a drive to get things done.

As children we were curious and amazed by so much around us, we believed that almost anything was possible. While consequences and reality checks are a part of adult life, we would do well to sometimes push the boundaries and not let ourselves be so limited by what is practical or proven. So many things that are now possible and even routine were once impossible. Fortunately, someone decided not to believe they were impossible and found a way to make them happen.

We live our lives at such pace, we need to learn again to stop, to look and to appreciate the small things more. Doing so helps us to realise, that while there is much that is difficult there are also many small things to be grateful for. So often those ‘small things’ turn out to be the ‘big things’, the things that matter most. They are where the magic of life and relationships lies.

And just in case you’re curious about the other five lessons, here is the link to Holly’s full article.

Success Only Comes From Doing

The challenge in reading these lessons is of course to do more than ‘just nod your head in agreement’. People are broadly divided into three groups:

The difference between groups 1 and 2 is non-existent. If you know but don’t do, your result is identical to the person who didn’t even know. Only the third group, the group that takes action has benefited from the lesson.

In the ‘busyness’ of life, in the overload of information, in the multitude of priorities we face every day, it is very easy to know but not to do. Achievement and success are always the result of doing.

What do you know or believe but have not been doing lately? Is today the day you draw that line in the sand and start doing?