Who is The Problem? The Staff Member or the Boss? 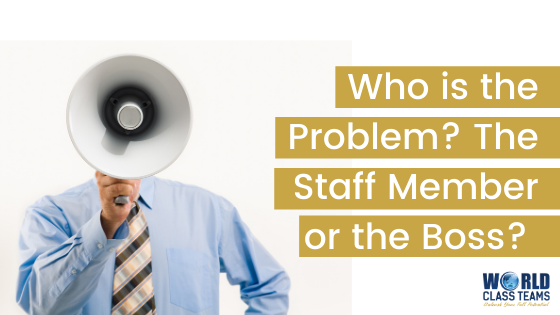 So often leaders and managers complain about the problems they are having with their staff. They talk about their lack of commitment, initiative, urgency and resilience.

But data published by DDI shows that 57% of employees quit because of their boss’s lack of skills as a leader! So who is the problem? Is it the staff member or is it the boss?

Drs. Zenger and Folkman do comprehensive research into leadership and they have determined that the leaders or managers of high-performing teams must demonstrate five behaviours for their team members to look up to them and for the team to subsequently perform at a high level. Leaders and managers who exhibited only some of these behaviours never had a high-performance team.

1. Leaders Inspire More Than They Drive

Leaders of high-performance teams inspire their team, they create an energy and an enthusiasm so that people want to perform their best work. The team has a strong sense that their work is of real importance and will have an impact, rather than it merely being a means to an end. This inspiration is like a magnet pulling the team up, whereas a drive is much more a push to get things done. A drive is more about just achieving the outcome than appreciating the impact of that outcome.

Conflicts can rip teams apart and leaders need to have the skill and the courage to help resolve differences quickly and promote cooperation. Often leaders assume that adults will resolve conflict on their own. This rarely happens, in fact, most often the conflict worsens or the people ‘work together’ by avoiding each other completely! 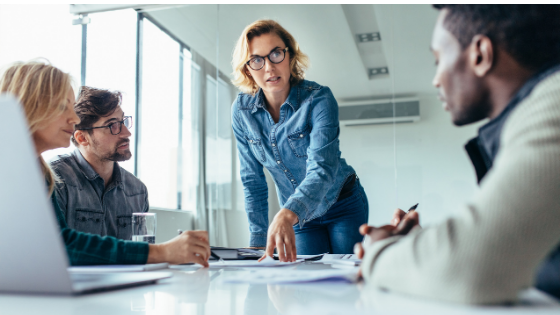 3. Leaders Agree Goals That Will Stretch Their Team

Leaders who set stretch goals with their team create a drive in the team to accomplish the impossible. People are not motivated to come to work and do something that any other team could accomplish, they want to do something extraordinary. When they accomplish something that is extraordinary it lifts their belief in their ability and they continue to push the boundaries of what is possible. Their sense of satisfaction, their engagement and pride all go up.

If a manager or leader is not trusted, every aspect suffers. They can’t be inspiring. They won’t be trusted to resolve conflicts or get the team to embrace stretch goals. The team won’t believe their communications and therefore won’t show the same level of commitment to completion. The lack of trust slows down everything. 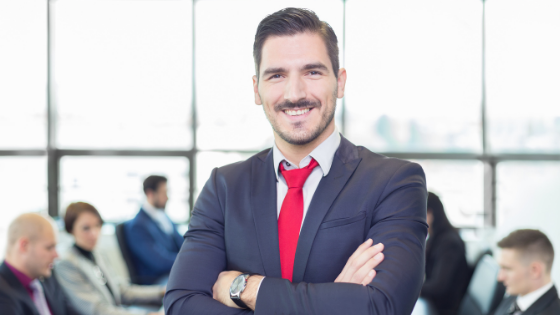 There are three pillars that build trust. The manager or leader must be seen to be strong in all three.

The first pillar of trust is competence. It is imperative that you can do what you say you can do. Don’t feign competence in areas outside of your expertise. Your team doesn’t expect you to be an expert at everything, they do expect that you have genuine knowledge and expertise in the areas you claim are your strengths.

The second pillar is about keeping your commitments. Ensure that you keep your promises, which often means being careful not to overpromise. Your team won’t consider that you tried your best, they will only see that you didn’t keep your promise.

The third pillar is showing that you care about your team as people first, not just for the roles they perform.

I bet most of us have worked in both high-performance teams and in mediocre teams. The difference is huge. Work is nowhere near as enjoyable when you are in a mediocre team, and it is not enjoyable at all in a dysfunctional team.

As a manager or leader, you have an enormous impact on the cohesion of your team and on its performance. They deserve to enjoy their work and you want them to deliver their best quality work.

Rate yourself on each of these five behaviours and make the change if there’s a gap. It will make your job as a manager or leader easier and better, as well as impacting your team positively.