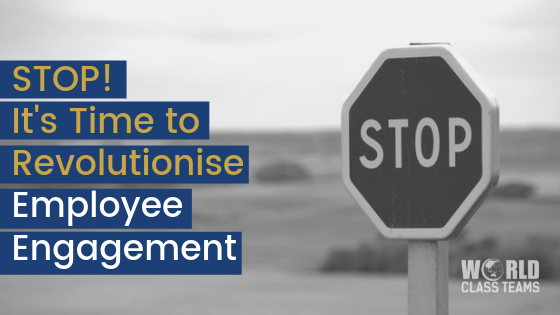 Since the 1990s the Gallup Organisation, renowned for its work on workforce trends, has been measuring engagement in companies right across the globe. Their analysis enables organisations to gauge their current levels of engagement, to benchmark and to make changes to improve this level.

Why Does the Level of Engagement Matter?

Engagement is defined as “the emotional commitment an employee has to the organisation and its goals”.

When people are highly engaged they do their best work, in the fastest possible time, with the least drama and with genuine pride. This equates to higher productivity and higher performance on an individual level, on a team level and on an organisational level, enabling the organisation to become more competitive in the market place. It might seem a bit ‘intangible’ but engagement really impacts the bottom line of your business.

The Sad State of Employee Engagement

Disturbingly, after all those Gallup surveys across almost 30 years, and after much well-intentioned and often consistent effort to improve engagement, engagement levels remain stuck at very low levels.

In fact, the statistics show a paltry 16% of your staff are fully engaged and ‘going the extra mile’ for you, 84% are just ‘going through the motions’. They turn up, do enough not be noticed as an underperformer and head off saying ‘another day another dollar’.

With all our strategies for engaging staff better, often recommended by, and mirroring large global companies, we sadly have not succeeded in increasing engagement to any significant extent. While we recognise how important engagement is to gaining superior results we need to admit that what we have been doing so far just isn’t working!

Marcus Buckingham, well known for his work and books on identifying and utilising your strengths rather than focusing on developing your weaknesses, recently joined the ADP Research Institute. ‘I knew something was up from the beginning’ Marcus says ‘For years I studied the much-admired cultures of some of the world’s most prestigious companies. Observing the inconsistency, and often, in reality, the toxicity of the cultures in these organisations led me to conclude that even the ‘best companies’ had to be doing something wrong.’

Thus he was drawn to the role at ADP to understand what creates high performance and engagement at work. 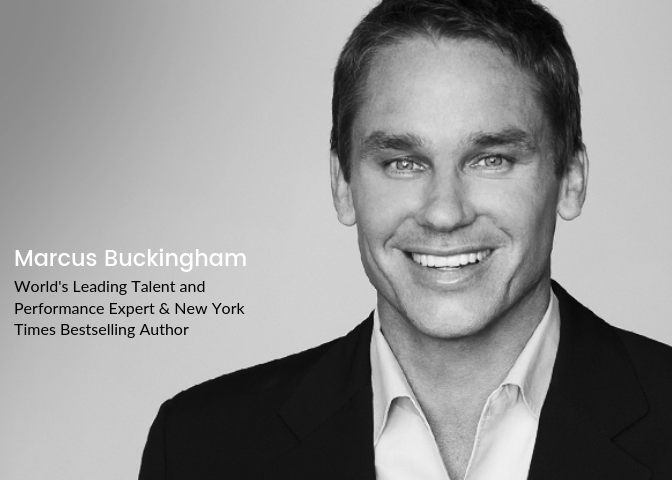 He and his team have now completed the most extensive and methodologically consistent global study of engagement yet undertaken. They took a representative sample of workers from 19 countries, with 1,000 respondents in each country. Each person was asked to respond to eight statements designed to measure engagement reliably.

The ADP study reveals, among many other findings, that only about 16% of employees are fully engaged at work, while about 84% are just going through the motions.

The Ingredients of Engagement

ADP sought to capture the quality of engagement by asking each person about the extent to which he/she agreed with eight simple statements. They used a five-point scale from ’strongly disagree’ to ‘strongly agree’.

These eight statements (taken verbatim from the ADPRI study) capture the emotional and attitudinal precursors to engagement and the productive employee behaviours that flow as a result of this engagement.

By analysing the response patterns Marcus Buckingham and his team were able to place each of the 19,000 respondents in one of two categories.

They used the term ‘fully engaged’ to describe people who answered almost all of the statements with ‘strongly agree’. They used ‘coming to work’ to describe those who responded neutrally or negatively to most of the statements. People in this category are not necessarily destructive in their organisations, but neither are they passionately committed. They are selling their time and talent to get by rather than working with real passion and purpose.

Checking Your Own Level of Engagement

Try rating yourself as ‘strongly agree’, ‘agree’, ‘neutral’, ‘disagree’ or ‘strongly disagree’ for each statement.

This is particularly important if you are a manager or leader because not only do you, of course, want your team to be highly engaged but they will be watching you closely! It is very easy to excuse ourselves because we have a reason each time we are not highly engaged …… fully engaged people find a way to engage when they don’t naturally feel that way.

Look out for my upcoming posts where we will speak about what Marcus Buckingham’s research shows DOES increase engagement.